The National Science Foundation (NSF), in partnership with the Department of Energy, has awarded a $1 million Stage 2 Civic Innovation Challenge grant to a team led by A. Russell Chandler III Chair and Professor Pascal Van Hentenryck to pilot an On-Demand Multimodal Transit System (ODMTS) in Atlanta. The goal of the project is to make public transportation in Atlanta faster, more convenient, and more equitable for the city’s residents, especially in underserved communities. 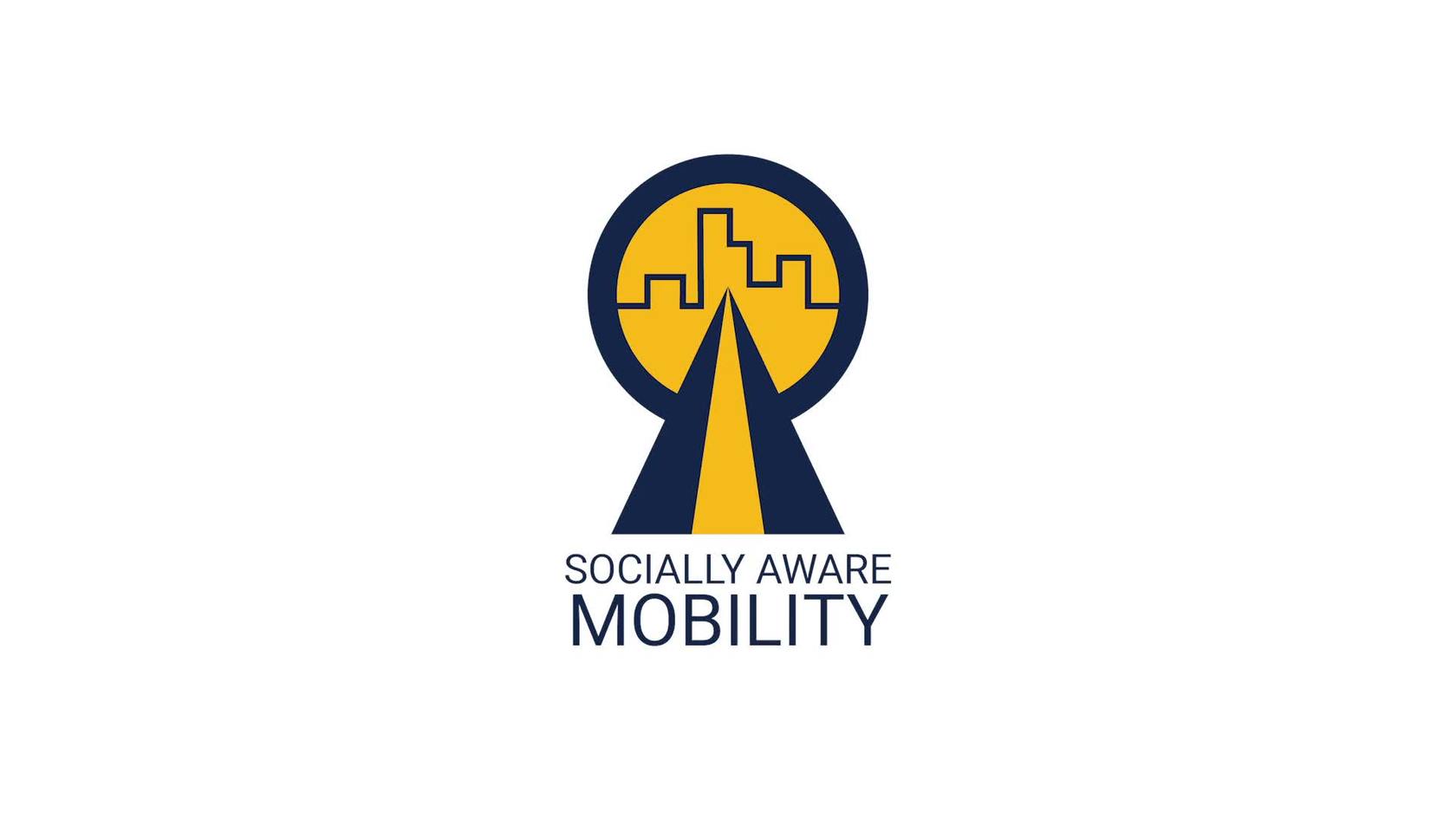 According to Van Hentenryck, who also leads the Socially Aware Mobility Lab, mass transit has a significant first- and last-mile problem: Most people will only walk a quarter of a mile to and from public transportation. If the distance exceeds this threshold, ridership decreases by more than 90%. To address this, Van Hentenryck’s team has created an ODMTS, which uses small on-demand vehicles, in addition to buses and light rail, to take riders to and from their destinations. The on-demand vehicles act as feeders to and from the fixed routes, allowing the transit system to be essentially door-to-door.

Van Hentenryck, a world leader in the fields of artificial intelligence, data science, and operations research, began to tackle the first- and last-mile problems in mobility eight years ago in Canberra, Australia. He then conducted another successful case study in Ann Arbor, Michigan. In both midsized cities, the multi-modal approach resulted in a significant reduction in both cost and passenger wait times. In 2018, Van Hentenryck joined ISyE, shifted his focus to Atlanta, and began a collaboration with the Metropolitan Atlanta Rapid Transit Authority (MARTA). This winter, after more than three years of preparation, the team plans to pilot ODMTS in Atlanta areas with limited public transportation.

While ODMTS will improve the performance and efficiency of public transportation for everyone in Atlanta, the main objective is to provide cost-effective transportation to underserved communities and connect residents in underserved communities to jobs, healthcare, education, and healthy food. The ODMTS pilot will run in MARTA’s four jurisdictions: Clayton, DeKalb, and Fulton counties, and the City of Atlanta.

“It is almost impossible to do this with a traditional system, because these areas are very large and sparsely populated,” said Van Hentenryck. “It is not feasible to put buses in these areas, because they would run empty most of the time, and they require significant capital expenditures. On-demand vehicles, however, are inexpensive to operate and can reach a larger population, because they can be deployed as needed rather than following a set route.”

Though this is not the team’s first pilot, tackling a city like Atlanta is no small feat. Most of the algorithms used in Canberra and Ann Arbor had to be completely rewritten to account for Atlanta’s size and rail system, a component not part of the previous pilots. This creates a four-level system — trains, buses, on-demand vehicles, and walking — to get passengers to and from their locations.

“Atlanta is also a complicated city because it has multiple job centers. In addition to downtown, there are centers in Midtown, Gwinnett, Alpharetta, Buckhead, and near the airport,” said Van Hentenryck. “This makes for a much more complex design since we are taking people from their homes to one of many locations for work.”

Tickets will cost the same as the traditional MARTA system, just $2.50 each way, and riders will be able to purchase fare using the Breeze system. The team is also using a combination of machine learning and optimization techniques to predict rider behavior and ensure the system can scale accordingly.

“If we decrease transit time by 40%, more people will adopt transit because now it is much faster and more convenient than it used to be,” explained Van Hentenryck. “This will increase the demand, so it is important that we size the system correctly to account for this.”

ODMTS will also help decrease traffic congestion in Atlanta and reduce greenhouse gas emissions by enabling more people to use public transportation in place of personal vehicles. The addition of on-demand vehicles will also create jobs since additional drivers will be necessary to operate them. No existing bus routes will be eliminated during the pilot.

“MARTA’s leadership is very forward thinking, and they are working to determine the future of public transportation,” said Van Hentenryck. “They have been extremely collaborative throughout the process and provided us with vast amounts of data and insights to drive the process.”

“We are grateful to the National Science Foundation for this grant and proud to partner with Georgia Tech,” said MARTA Deputy General Manager Collie Greenwood. “Exploring first- and last-mile connectivity options is important in providing transit service that meets the needs of everyone in metro Atlanta.”

The research team will partner directly with residents in pilot communities, as well as with the transportation advocacy organization Atlanta Bicycle Coalition, to ensure transit services and access address the real-world needs of underserved locations.

“Our long history of working directly with Atlanta communities, and with local partners like the Atlanta Bicycle Coalition, will help us embed local expertise into the design of last-mile transit service for underserved locations in the city,” said Le Dantec.

The Stage 2 Civic Innovation Challenge grant is the latest in a series of awards to bring ODMTS to Atlanta. The team received the NSF Leap HI (Leading Engineering for America’s Prosperity, Health, and Infrastructure) grant in 2019 in collaboration with the School of Civil Engineering, School of Urban Planning, MARTA, the Atlanta Regional Commission, and the City of Atlanta to scale the algorithms used in Canberra and Ann Arbor with hopes to eventually pilot the program in Atlanta. They were then awarded a Stage 1 Civic Innovation Challenge planning grant in January 2021 to model the mobility patterns in Atlanta in preparation for a pilot in Stage 2.

"Professor Van Hentenryck deserves much credit for having the foresight to bring multidisciplinary, applied research and external partners together to catalyze innovative responses to regional and urban mobility," Lam said. "We are excited to explore how this can be modeled for other communities for greater economic and social growth."

Of the 52 teams selected for Stage 1, only 17 were chosen to move forward with pilot projects in Stage 2. They will have 12 months to complete and evaluate their projects.

"We applaud the efforts of all the teams who worked tirelessly to build partnerships between researchers and community stakeholders" said NSF Director Sethuraman Panchanathan. "We are excited to see the teams selected for the next phase begin their pilot projects and plant seeds of innovation across the country. This program demonstrates the value of research-community partnerships in rapidly translating cutting-edge science into community-based innovation, and we look forward to seeing its positive impact across urban and rural communities."

Van Hentenryck is eager to implement the pilot. “For me, this is the most successful research that you can have,” he said. “We started more than three years ago with an idea and now we get to make a difference in the lives of people.”

About the Socially Aware Mobility Project

The Socially Aware Mobility project is poised to have a tremendous impact on the metro Atlanta area, revolutionizing and modernizing the transit system for the 21st century. Funded in part by a grant by the National Science Foundation, the project aims to bring equitable accessibility, decreased congestion, and increased mobility to all MARTA users. Through optimization and machine learning, the project will create a scalable, On-Demand Multimodal Transit System model, which will be validated through implementation in the Atlanta region. By providing solutions to increase mobility while simultaneously decreasing congestion, the project stands to have a significant impact on how Atlantans navigate around the community.

The Georgia Institute of Technology, or Georgia Tech, is a top 10 public research university developing leaders who advance technology and improve the human condition.

The Institute offers business, computing, design, engineering, liberal arts, and sciences degrees. Its nearly 40,000 students, representing 50 states and 149 countries, study at the main campus in Atlanta, at campuses in France and China, and through distance and online learning.

As a leading technological university, Georgia Tech is an engine of economic development for Georgia, the Southeast, and the nation, conducting more than $1 billion in research annually for government, industry, and society.